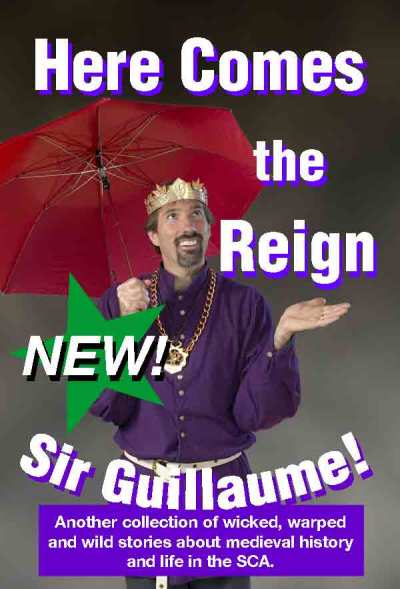 From jester to king, Guillaume sees the Current Middle Ages from every angle. In his second collection of humorous stories and insightful reflections, Guillaume looks at the lighter side of castle building, jousting on ESPN, learning Arthurian mythology (with the help of tequila), and making topiary animals out of duct tape. Plus, just to prove that no subject is beyond the scope of his irreverent sense of humor, he also shares the laughter and chaos that took place “behind the scenes” during two reigns as King of Caid. Whether by fate or “an implausible disruption of the natural balance of the universe,” Guillaume’s readers are in for some royal laughs, and some touching moments, as the SCA’s funniest knight wins the throne and seeks shelter from the reign in a deluge of hilarious stories, including: