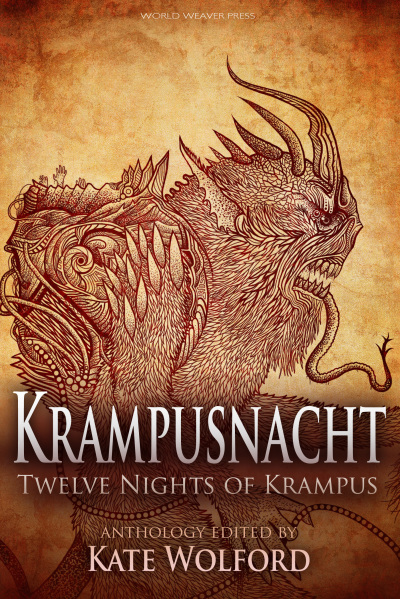 You know the Jolly Old Elf of Christmas, right? Of course you do. You can’t avoid him. Yet, Santa Claus isn’t just a kindly old expert at breaking and entering and leaving gifts he didn’t actually buy for the children of a house. At least he isn’t in Austria and many other parts of Europe.

In these ancient places, where, perhaps, the old, old gods still add a touch of mischief, Krampus is the angry, punishing sidekick of St. Nicholas (Santa’s counterpart in much of Europe). Known for his willingness to punish rotten children, Krampus might even be considered Santa’s dark side or evil twin.

Krampus is the sort of guy more and more North Americans want to explore. He’s definitely having a moment this side of the Atlantic. To that end, World Weaver Press and Enchanted Conversation: A Fairy Tale Magazine are pleased to announce a joint venture: An anthology of short Krampus stories.

Are you a Krampus fan?  Join us on Facebook at the Americans Who Love Krampus page!